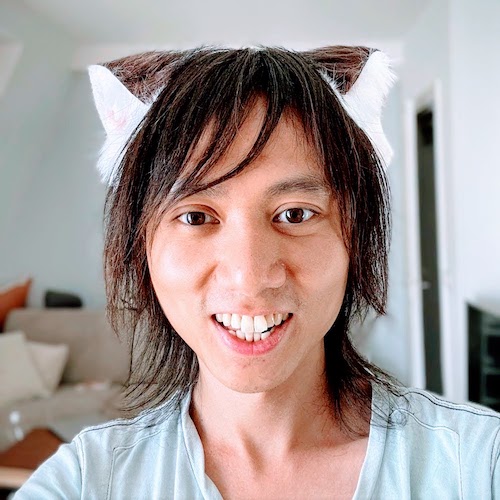 For finite element simulations you may need to transfer the result field (displacement, temperature, internal variables…) from one mesh to another which is in general different from the previous one. This can happen in particular 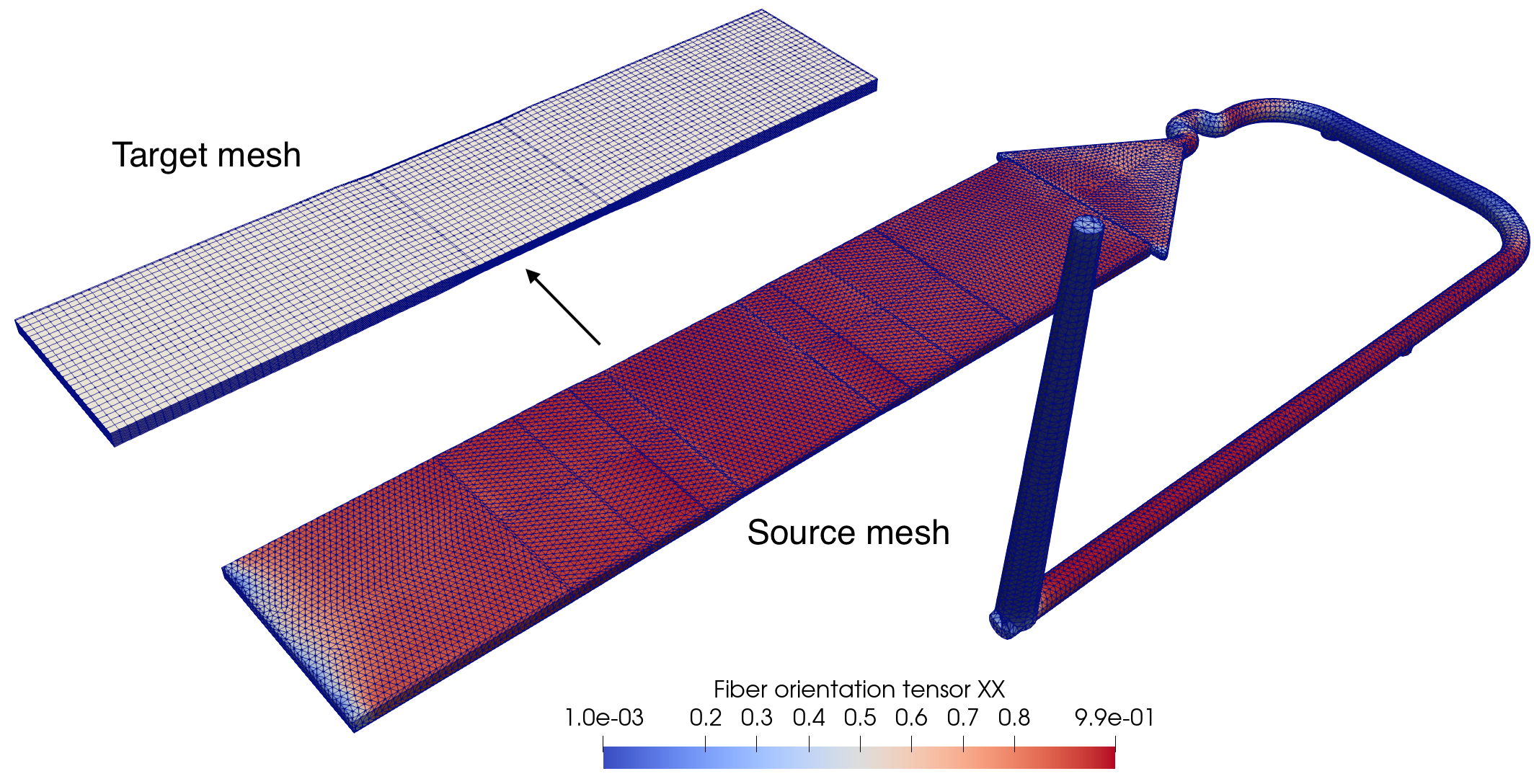 The field to be transferred can be a scalar, a vector or a tensor, and are discretized using finite elements. It can be defined1 at the nodes of the source mesh (like \(P_1\) or \(P_2\) fields) or in the cells (\(P_0\) or on Gauss points). Depending on the physics or numerical schemes used, the values of this field can be mapped to the nodes, or into the cells of the target mesh (or elsewhere if you want). This process of transferring finite element data between non-matching meshes is often called mapping, projection or interpolation. The objective of this post is to present a newly developed software interface to this problem using only open-source solutions: MEDCoupling and ParaView.

A bit of theory

Some basic problematics of the mapping theory are recalled here. Interested readers are invited to refer to some research papers on this subject, like Bussetta, P., Boman, R., & Ponthot, J. P. (2015). Efficient 3D data transfer operators based on numerical integration. International Journal for Numerical Methods in Engineering, 102(3-4), 892-929.

The heuristic and most used mapping method consists of the following two steps.

If the second step is a forward operation only involving evaluations of the shape functions on a particular spatial point, the first step is essentially an inverse operation. In computational geometry terminology, it is referred to as the point location problem for unstructured meshes. Several data structure (trees) can be used to improve computational efficiency of this problem.

When the field to transfer is of a particular physical nature, it is desirable that the mapping operation satisfy the corresponding conservation law. For the density field \(\rho\) for instance, its integral should be preserved before and after mapping to guarantee mass conservation

where \(\Omega_\mathrm{s}\) and \(\Omega_\mathrm{t}\) are respectively the source and target meshes, \(s\) and \(t\) are their respective elements. We prescribe that the integral of the density field is conserved for each cell of the target mesh. Using these conservation equations, the mapping operator can also be developed.

The library supports several mapping methods which include P1P0, P1P1, P0P0 and P0P1, where P1 stands for nodal fields while P0 refers to fields that are constant per cell. The mapping method is also complemented by the physical nature of the field which is either intensive (density or averaged variables like temperature) or extensive (mass or integrated variables). If two meshes do not overlap (some part of the mesh is not covered by another mesh), users must also specify whether the conservation property or the maximum property should be favored.

However, from my point of view, the library has two minor API limitations

The second issue is now partially solved by my redistribution of the MEDCoupling library as a Python package, available on Github. The compiled binary library files are packed as Python wheels and uploaded to the official package index PyPI. With additional patches to the source files, the medcoupling package is now available under Windows, Linux and macOS for Python 3.6 and 3.7. It can now be installed simply by

For the first issue, based on MEDCoupling I developed a new Python package pymapping that works for all mesh formats readable by the generic mesh input/output library meshio. Nevertheless, users must be somehow familiar with Python programming. For occasional uses, an easy-to-use graphical interface is desired. This motivates the development of a new ParaView plugin also open-sourced on Github.

Using this new plugin, mapping can now be easily performed within the ParaView environment, as illustrated by the following video.

As for my previous blog post which bridges meshio and ParaView, this plugin is also developed using the new Python interface VTKPythonAlgorithmBase available since the ParaView 5.6 version. Essentially, the plugin carries out the following operations.

In terms of graphical interface, ParaView accompanied by this plugin should be comparable to other commercial software for finite element data mapping. The source and target meshes can be superposed and if needed scaled or translated. The field to transfer can also be post-processed before mapping. In terms of actual data transfer, the mapping algorithms provided by MEDCoupling are derived from rigorous physical properties, and are most of all open-sourced! The mapping capacities for peculiar finite elements can be extended by the experienced users.